I received some of my Grandfather George's shirts when he passed away 2 years ago (I  requested them). I had read in Weekend Sewing by Heather Ross that you can use a man's shirt to make a boy's shirt so I wanted to make sure to get something to remember Grandpa by (in a family with 45+ grandkids I thought the shirts would be something that other's wouldn't mind me having to dismantle). 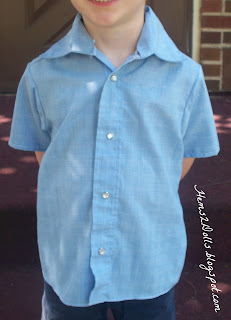 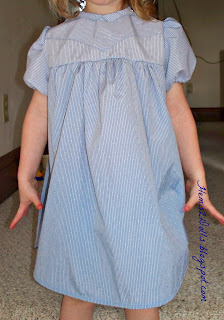 I finally got around to using two of the shirts to make things for the kids. I haven't got their portraits done yet this year so I decided to make D a nice shirt and B nice dress which would be slightly "matchy." Most of Grandpa's shirts had pearl snaps so I wanted to make sure to feature them on both pieces of clothing. This was easy for D's shirt, though I did have to add another snap towards the bottom of his shirt since the original snaps didn't go that far down the front. 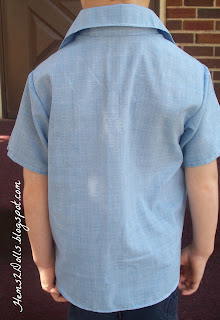 D likes his new shirt and it will be perfect for portraits and special occasions - it'll be great for his first school pictures this fall - not sure how I have a kindergartener already!!

For B's dress I him-hawed for quite a while trying to decide what to do but eventually just went with using the pattern as is except that I added a collar. I created a collar by using the pocket flaps so I could get those snaps on the dress somewhere. The shirt I used for B's dress was a blue pin stripe with the contrast stripe yoke on the shoulders, also it was faded from the waist up which gives the skirt a nice bit of ombre effect - though not too noticeable. 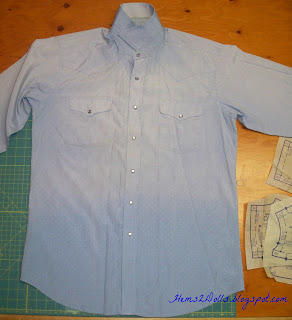 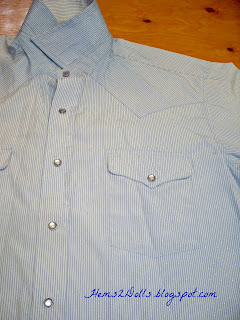 I made version 1 - though mine is longer than pictured.
To make the skirt portion I cut off the snaps strips, cut across the shirt just below the pockets and turned it around to make the back of the shirt the front of the skirt. I then used the pattern pieces to cut the armholes along the existing side seams.
Basically I turned the shirt around to cut all the pieces - the back bodice was cut from the front of the shirt and the front bodice was cut from the back of the shirt. I was able to get both sleeves cut from one of the shirt sleeves. I am thinking I want to try making a headband with the front snap strip, if B will wear it.
I did quite a bit of had sewing to finish this dress up. I had to tack the collar down to make it lay flat and tacked the neck facing down which was made easier with the double layer of fabric from the yokes - no visible stitches on the right side. 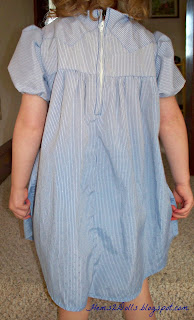 I'm happy I was able to have Grandpa's shirts and am very happy that I finally took the time to use two of them for the kid's clothing. ﻿
Hopefully this will inspire someone to re-use some of grandpa or dad's old shirts. 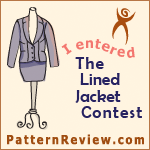 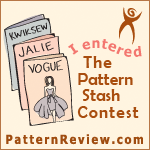 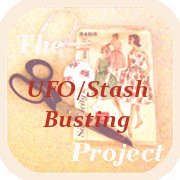